2019 summary of a year rich in events 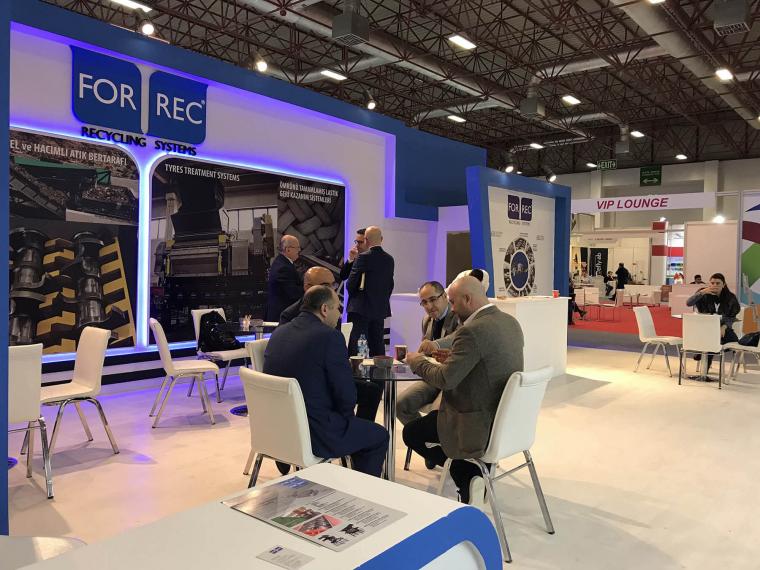 The year 2019 was certainly a year full of events, conferences, fairs that allowed a large spread of the brand Forrec around the world.

IERC is the international congress on electronic recycling that takes place in Salzburg, Austria and for some time now is the first conference of the year in which Forrec participates, with the presence of highly qualified visitors and perfectly placed in the context of the treatment of this particular waste.

January is also characterized by another event that effectively introduced the company to the Middle Eastern market: the Eco Waste fair in Abu Dhabi, an event of great importance for these countries that are defining policies aimed at "zero waste".

In March Forrec is engaged with the EWEEES congress in Moscow, now in its fourth edition, strongly oriented to the proper management of electrical and electronic waste in Russia. In June, the company also exhibited at the WasteTech fair in Moscow to fully address the issue of waste in the country undergoing changes in environmental legislation.

As every year, the appointment with IFAT Eurasia in Istanbul to consolidate collaborations and partnerships in the country is a must.

In the United States Forrec confirms its presence at the most significant events in the waste treatment and recycling sector in general (ISRI in Los Angeles and WASTE EXPO in Las Vegas) and for the treatment of electronic waste (E-SCRAP in Orlando).

For the Italian market, in addition to the historic Ecomondo Fair in Rimini, which registered a record influx of exhibitors and visitors, Forrec also exhibits at the Eco Med Green Expo in Catania, a new event for the region in great rise and increasingly attentive to the environmental sector.

Chile has shown itself to be a country attentive to environmental protection and Forrec, in partnership with its local agent, participated in the FIMAS 2019 fair in Santiago, an excellent meeting point for companies that already operate in the sector or have projects to be implemented and are looking for technologically prepared partners.

As always, the edition of the K fair (Kunstoff) in Düsseldorf has been a great meeting place for all experts in the plastic sector, Forrec has had the opportunity to seize new opportunities, see the birth of new partnerships through interesting contacts.

The Pollutec fair in Casablanca, Morocco, remains an important bridge to the North African market and Forrec responds to the country's requests with cutting-edge technologies and effective solutions for environmental protection.

The year ends with the WasteExpo fair in Sao Paulo, Brazil, a country where Forrec has been working for several years with good results, an operating agent and large projects that have been implemented and are in the process of being realized.

Fairs and conferences remain a way to connect with companies with a direct and careful approach, but also an excellent tool to understand what has been done and what there is still to be done in markets that are gradually approaching the proper management of waste.